On January 25, 2014 actual hard sail observation and press conference was made at Iknow
Machinery Company Ltd.

Major attendee on above observation was as follows;

And, there were major attendee from shipping companies and relevant industries participated on the
press conference at Ainoura district, of which scenery was reported on various press company and
TV news editions.
From now on, a performance experiment using actual hard sail is expected at Iknow Machinery Co.,
Ltd. until this September.

The project of Wind Challenger is financially supported for researches of Nippon Kaiji Kyokai (NK) Class.
Please refer to following URL for details of researches.

MV SOYO built at Oshima Shipbuilding and equipped with IKNOW MACHINERY make Hatch
Cover has been awarded as ” SHIP OF THE YEAR 2012″ .

The prize of SHIP OF THE YEAR 2012 goes to only one ship as selected on examination of
originality and innovation of technique, completeness of technique and works, influence to the
society, subjectiveness and appearing factor ( referred from HP of the Japan Shipbuilding Marine
Technology)

In above KIAJI PRESS EXTRA NUMBER commemorated  for above prize, edition of Iknow Machinery
make Hatch Cover is listed.

Please be noticed that our company will be closed during following days
due to summer holidays. We apology for your inconvenience due to above
holidays;

Iknow Machinery factory will be closed for following duration due to summer holidays;
from August 11(Sunday) to 18(Sunday), 2013.

Though it was only a short tour, but they looked around the Gantry crane, Hatch cover, etc. under currently being manufactured IKNOW MACHINERY products.

Onboard outfitting scenery of gantry cranes made by IKNOW MACHINERY Co.,Ltd.

Outfitting scenery on newly built ship equipped with Gantry cranes at Oshima Shipyard.
Above said Gantry crane is so-called as ” ONLY-ONE” technics bearing of specific
design and manufacturing know how among his production range and is firmly approved
by world wide shipping companies. 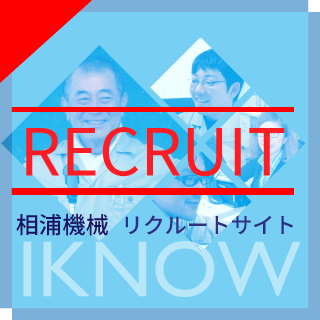