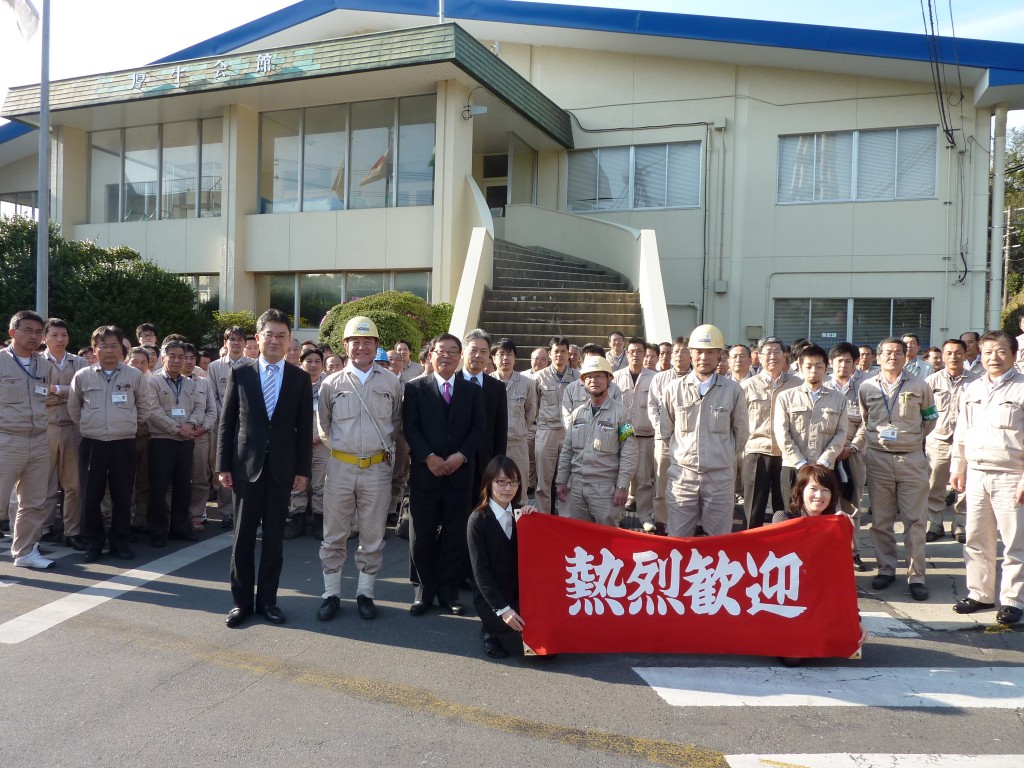 Outfitting scenery on newly built ship equipped with Gantry cranes at Oshima Shipyard.
Above said Gantry crane is so-called as ” ONLY-ONE” technics bearing of specific
design and manufacturing know how among his production range and is firmly approved
by world wide shipping companies. 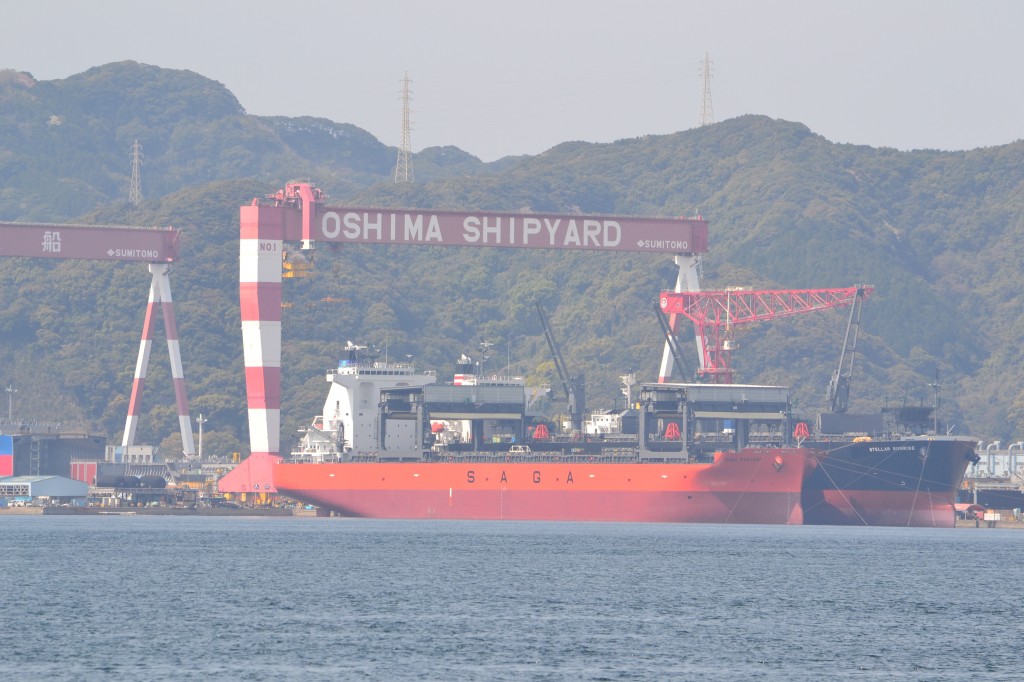 On March 2013, completed to delivery 66 panels of pontoon type hatch cover for container vessel built at Mitsubishi/Nagasaki Shipyard. Currently you can take looking the container vessel mooring at Tategami pier of above shipyard. 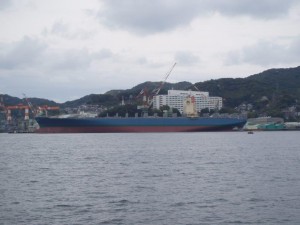 Above listed deck crane is of super big scale four(4) roped electric drive intended for installing on the platform of coal transshipment
barge ordered by Winning International group, shigapore. The above said deck crane is not only the biggest lifting capacity  cass in
IKNOW MACHINERY record but also large scale full electric driven as grab handling crane in the world market.

The deck crane installed and inspected on the platform built by Junling Shipyard in P. R. China, being navigated to Indonesia for
loading coal to Japan and or China therefrom.
(The coal is transshiped from barge afloat on a shallow sea water to big size overseas ocean sea going vesseltugged to cargo
handring point in Indonesia)

IKNOW had delivered five(5) same type grab handling deck crane up to now and they are at severe cargo handling all night  service
still now.

Expecting to make the second time shipment in March 2013. 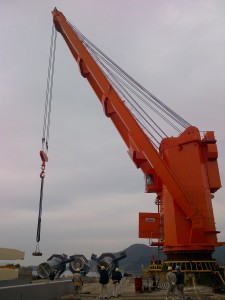 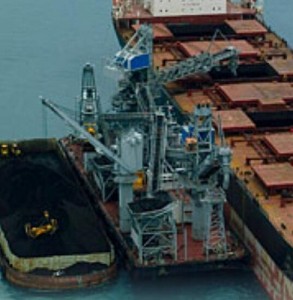 We would like to take this opportunity to thank you all for your kind patronage throughout the year of 2012,
we look forward our prosperous cooperation in the coming new year as well.

May you and your family enjoy the very happy holiday season. 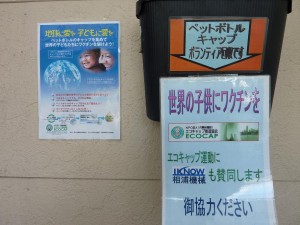 We will update new items and news constantly.